‘We dare to be different’ is part of the Mumblebone Merino philosophy – and it’s also a driver to pursue “evidence-based breeding” in an operation spanning five generations.

Chad and Louise Taylor, along with their children, run their progressive merino stud and commercial business in 600mm rainfall country near Wellington, in central western New South Wales.

Since the couple took on the business from the previous generation, they’ve pushed hard to evolve traditional classing methods in merino breeding to develop animals that perform in “no frills” conditions, whilst retaining profit in wool, carcass and lamb production.

“What’s become an opportunity for us is evidence; if we continue breeding an animal that is picked mainly on phenotype (picked by eye), then we miss all the traits that we can’t measure by eye,” explains Chad.

“What often happens (in visual selection) is that trait measurement becomes more narrowed and that then leads to the breeding out of other traits that are linked to that trait – everything’s connected in breeding.”

And in today’s marketplace, “it is very important to have a lot of lambs that want to grow as well as having a high fleece value,” he adds.

“So we’re wanting to put those traits together, backed up by the figures.”

“The business at that stage was a combination of my father and his brother, and my uncle’s two sons, along with my brother and myself all working hands on in the business,” he says.

“Family succession ran its course and in our generation, my brother and sister have moved into their own careers.”

“Succession can be the undoing for a lot of businesses but it’s been a real strength for this one thanks to my father and his foresight.”

And as the Taylor family’s succession came to fruition in 1996, Chad took on the Mumblebone sheep flock in its entirety and continued sound early decision making that was already producing a far more robust and valuable animal both to the environment and the marketplace.

“In the nineties, Mumblebone was being steered in a direction that included wrinkle-free types along the SRS® lines, and we continue working along the evolution of those principles today with the neXtgen Agri evidence around early growth and reproduction on a wrinkle free animal that also has good wool quality and wool value,” says Chad.

While plain bodies and high fecundity haven’t gone hand in hand with the traditional Merino industry, Chad says for the last twenty years he’s been part of a small but determined group of business people around the Wellington area who have shared a similar vision to go against the grain and explore evidence based breeding and grazing strategies in modern merino systems.

“There were quite a few people around here that took up with the SRS® principles, and did things like cell grazing with RCS, so it was quite a hub of innovation in a sense,” he explains.

“(Over the years) I’ve spoken to a lot of people in areas where they’re the only one who wanted to breed a plainer bodied animal, or the only one looking at cell grazing or something different…and it makes it hard to maintain energy when you’re the only one…”

“But we were lucky that we had a group of people to bounce ideas off, benchmark, explore opportunities and test innovation.”

Climate: the only constant is change

Over the last quarter century, Chad says change has been a constant in the climate around Wellington.

“Our rainfall can occur at any time of the year – if we get rain, we get growth but we can also miss rain. We get all seasons here we’re not a wet and a dry; we get winter growth and we get summer growth if we get the rain – so it’s quite a safe area to be farming, so much as anyone can say that.”

Ram lambs are classed for the stud, and wether lambs leave early on to keep better feed for ram and ewe lambs. Agistment cattle are opportunistically run as a grazing tool to manage country for the sheep enterprise.

Mumblebone ewes are joined in mid-February and mid-November, with lambing taking place inJuly-August and in April-May.

The ram sale is in late September/ early October.

“The saying in the merino job used to be “just one good lamb” but more and more it’s“two good lambs” – we’re not wanting to move into triplet territory, but I’d be more than happy if we can continue the really positive lamb survival/ foetus conversion twin story we’ve been seeing here,” he says.

And the results are ever on the up, with foetus conversion reaching 88% this year.

“The sheep fit very neatly into the grazing system.”

“As we grow the stud, there’s more detail needed in the joining and lambing program so that is probably a bit antagonistic with the grazing side of things – bigger mobs are wonderful for grazing, but bigger mobs don’t facilitate accuracy in joinings,” Chad notes.

“So the stud does work against the grazing program to some degree, but we graze everything in rotation, which is more effective at different times of the year depending on what stage the growth is at.”

“We’re also committed to a grazing plan that encourages the ecological health of the land we’re on, and ultimately leave it in a better state for the next generation.”

Chad makes no apologies for the Mumblebone approach to breeding a modern, fit, profitable merino that it truely easy-care”

“I suppose it’s evolved from a real disdain for stud breeder bullshit,” he (half)laughs.

“There are so many stud breeders around that can tell a wonderful story and back it up with a beautiful looking animal but leave the gap of data and evidence. There’s no evidence to show they’ve got high reproduction or high carcass merit….just about everything we’re looking at can be disguised with nutrition,” he explains.

“We’re selecting animals on genetic merit – we need the data and evidence to be collected to make breeding decisions with, and that starts with measurement.”

But Chad says he’s still intrigued by those unwilling to depart from old ways.

“I still do hear to this day people saying ‘well that’s the way my grandfather did it so that’s why we’re doing it” and I’d like to see it challenged a little more than that….and one of the things we put a lot of effort into is information and sharing information with the industry.”

“With better information, hopefully that stimulates interest to make better decisions and better decisions are based on data and evidence as opposed to history and animals that are heavily skewed using nutrition rather than using their genetic merit.”

Playing out in Mumblebone decision making is a heavy focus around skin wrinkle: “and skin wrinkle, as Ferg puts it, is antagonistic with just about everything useful in a sheep,” Chad notes.

“So what we are combining is a wrinkle free animal, measured with early breech wrinkle (our average is -1.2 putting us well inside the top 10%). Now what we can lose here is fleece weight, and that’s the concern that a lot of breeders have; “if you get too plain you lose your fleece weight” – but evidence now shows there’s only a very slight correlation between more wrinkle and more wool. So it’s just not accurate to say any more that plainer bodied sheep aren’t able to produce high fleece weight, and the industry really needs to move past this rhetoric”

“We are finding that we’re able to produce a wrinkle free animal with high fleece weight and value, that also maintains condition score, increase staple length, growth rate, reproduction and remove flystrike. So there’s a whole host of benefits that want to come along for the ride once we take the wrinkle out of the equation.”

The recent Mumblebone ram sale saw stud stock head to every mainland state this year. 296 of 300 lots offered were sold to a high of $20,000 and recorded an average of $4573.

“So we’re finding more and more that our top animals are not only being used in Merino breeding operations but in composite breeding operations too, and those composite breeders who have been trying our genetics in their flocks are saying“we just want to get from 30-32 microns back to mid 20’s…which just completely changes the value of the clip doing that…and that’s really the fascinating space that I’m just loving exploring with clients.”

“Furthermore; we’re helping others on the merino side lift lambing percentages from the 80s to upward of 130- 140 %. So both conversations can be facilitated with modern genetics”

Chad says the ram sale is also a great opportunity to further engage with clients and onlookers who share a passion for information, debate, discussion and progress.

“The average age of attendees at our sale is very much at the younger end of the spectrum, which I think speaks to the information and data we’re able to offer and the sharing of information in the industry.”

“We really want to create some distance between us and the rest of the industry in terms of fat and muscle – growth, fat and muscle really set the sheep up to be able to handle itself in tough conditions but also to potentially increase stock ingrate when conditions are good.”

“All of that packed on a wrinkle free animal with an appropriate fleece weight –which for us is ten percent fleece weight to body weight ratio, with a standard reference weight of 65 kilos cutting 6.5 kilograms annually,” he explains.

Keeping the consumer in mind

Another space that Chad says he is excited about is eating quality and consumer experience, particularly with processors like Gundagai Meats paying premiums for intra-muscular fat.

“It’s an area that we are really looking into and certainly the next frontier,” he says.

“Genetic selection for fat – which I assume correlates to IMF – is something we see huge value in when it comes to supplying ethically grown meat into the market place, as well as the on-farm benefits we are witnessing in every stage of the sheep’s life.”

Chad says the Mumblebone approach continues to focus on bringing together “the best minds and industry experts” to form the foundation for decision making.

“One of the strengths in this business is being able to collect people around me who are experts – people like Ferg and the fascinating innovations he’s bringing to the industry in areas like facial recognition technology. Ferg has changed the sheep industry in a way that really opens the door for the best young minds of the next generation to become engaged with, and excited by, the opportunities being presented to them in sheep.”

“I realised long ago that I don’t need to be the expert in absolutely everything –it has always been, and will always be - about the strength of the team, whichI feel stands us in very good stead into the future.” 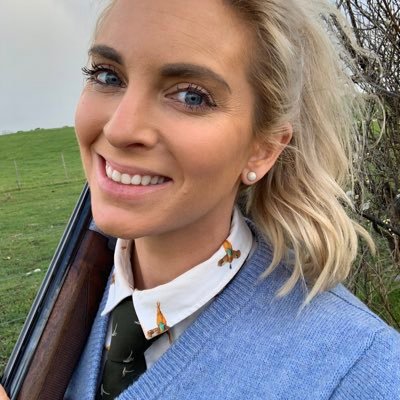